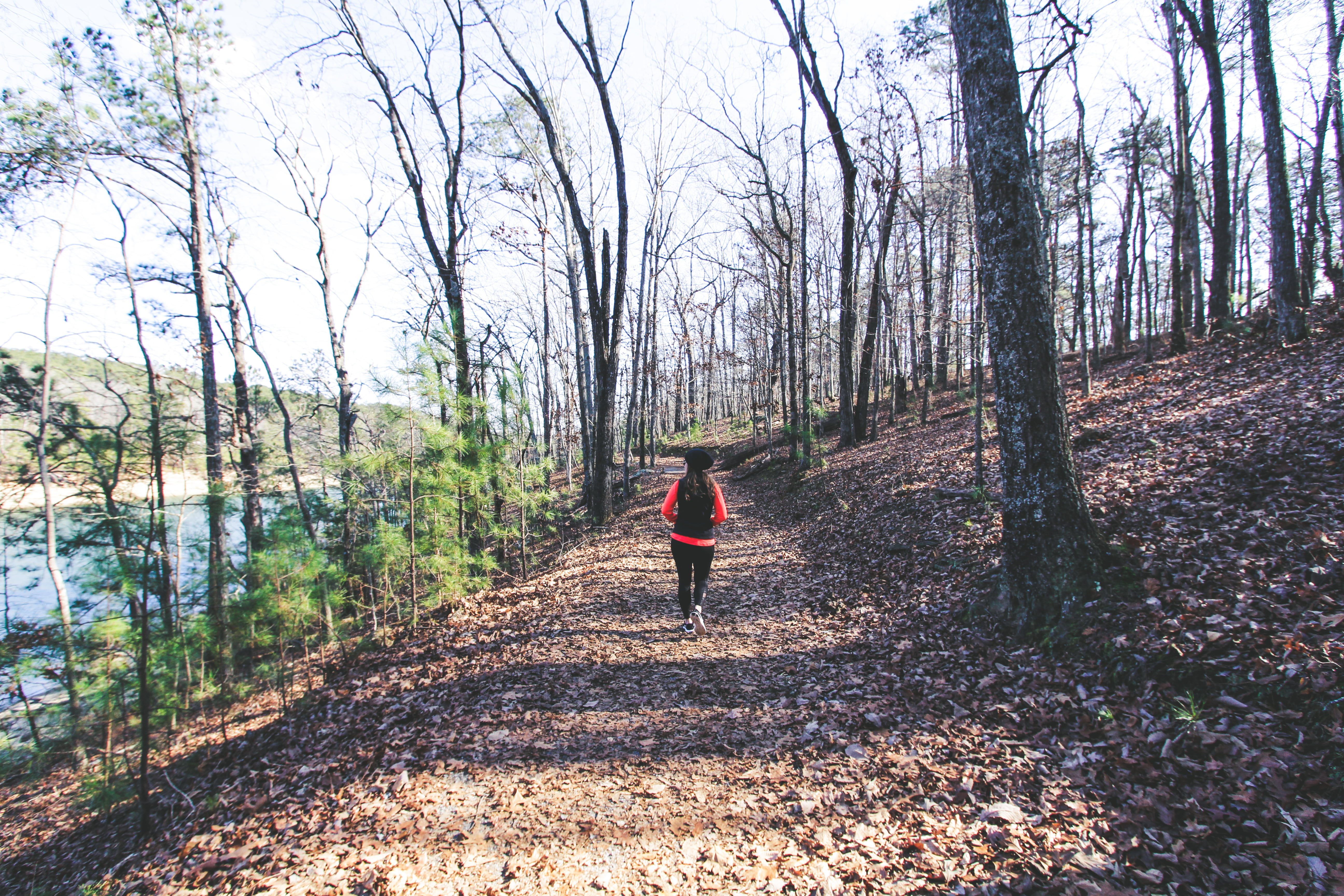 My friend Carson and I were going to hike the Inca Trail in March and wanted to complete a longer, more difficult hike in January to prepare for it. We picked a section of the Appalachian Trail. We started at the Unicoi Gap trailhead and made our way to the Indian Grave Gap. The hike was fairly difficult, with a steep incline along the way and a rewarding view at the top.

It was very cold that day and it started to snow and hail along our hike. Once we got to Indian Grave Gap, there was supposed to be a different trail that would take us back to Unicoi so we wouldn’t have to go back the same way. We hadn’t paid much attention to the trail description online, and when we reached the intersection, there were actually three different trail options we could turn down. I pulled up my phone and had no service to see which was correct.

We picked a trail at random, and after hiking about a mile, we were able to get enough service to pull up a map and see that we were heading in the opposite direction that we wanted to be in. We hiked back to the intersection. The snow was coming down pretty hard and most people had cleared out. Our two options that remained included another trail, and a dirt road. The road didn’t seem right, so we chose the other trail. We checked the map after awhile and that also wasn’t correct, so we turned around.

Frustrated, hungry, and tired, we sat down at Indian Grave Gap, while mentally preparing ourselves to just go back the way we came. The temperature was dropping and we were afraid the snow would start to stick, preventing us from being able to drive our cars down the mountain. At that moment, a man with two kids came down the dirt road, stopped, and asked if we needed a ride. We were desperate at that point, so we gladly accepted his offer. We would’ve had about 2.5 miles of our hike left if we had gone back the way we came. He drove us all the way back to our car and went on his way. It was a miracle! Turns out, we were supposed to walk down the dirt road a little further before reaching the second trail.

I learned from this hike to always screenshot the trail directions and map, and pack lots of extra snacks just in case. I never want to be in that situation again! I hiked Lookout Mountain with my hiking buddy Rachel. Neither of us had ever been, and we were excited to check it out. The main trail around the top of the mountain is busy and paved. We took the trail to Sunset Rock. The views at the top were amazing, looking down on the Tennessee River below. Easily the most difficult trail I have ever hiked is the Inca Trail! The Inca Trail was the path taken by the Inca people to get to Machu Picchu from Cusco, Peru. It takes four days to complete this trek. The scenery changes dramatically as you climb in elevation and eventually end up at Machu Picchu. This was such a rewarding hike, and I had a huge sense of accomplishment when we were done.

I didn’t have time to hike in April, but made up for it with multiple hikes in May! Angels Landing is not for those with a fear of heights! The fin-like mountain formation juts out into the center of Zion Canyon. It is somewhat narrow, with only enough room on the trail for one person at a time. This means that if it’s busy, there will be a lot of waiting time as people climbing up and down make their way around each other. The beginning of the hike is difficult, with a series of switchbacks that take you straight up the mountain. The Narrows hike was unlike anything I’ve ever done. The “trail” is a section of the Virgin River that runs through a narrow canyon. We rented special shoes made for hiking in the water, along with a hiking pole to help us keep our balance. The water is at least ankle-deep most of the hike, but got up to our waists at a couple points. There are a few deeper spots that are chest-deep, but we were able to avoid those by walking on land. I would describe the hike as similar to walking on greased bowling balls, which was made more difficult by the strong current pushing me over in the deeper areas. It was such a cool hike though, and I’d do it again! Beacon Heights is a short, easy trail that has great views at the end. The views to effort ratio is very good! At the top, there is a large open rock space that you could easily bring a picnic to and hang out for a bit. We enjoyed the view with a handful of other people and then continued our day trip along the Blue Ridge Parkway.

The red trail is pretty easy and flat and goes along Sweetwater Creek. I love going here in the summer because there is a large open area in the creek that you can play in. It’s very refreshing! You also pass the ruins of an old mill that was used as a filming location in the movie The Hunger Games.

Kennesaw Mountain is one of my go-to hikes because it is so close to my house. It’s easy to do with just a couple hours. The hike gains about 600 feet of elevation before the peak. The trail continues on to an 11-mile loop, but I usually just climb the mountain and go back down. On my trip to South Africa, we wanted to hike the iconic Table Mountain in Cape Town. We planned to hike up through the 12 Apostles, a longer route with a more spread out elevation gain. Then we would walk over to Table Mountain and take the Cable Car down. The walk along the Pipe Track was moderate with beautiful views of the ocean the entire time.

We ended up missing where we were supposed to turn and didn’t realize it until it was too late. We found another (longer) route on the GPS that would take us to Tranquility Cracks. The last hour was very difficult: a steep elevation gain with loose rocks that caused me to roll both of my ankles. I was so exhausted (and almost out of water) when we got to the top and was hoping the walk to the Cable Car would be relatively flat.

We ate our lunch at the Tranquility Cracks view point and took a few pictures before we went on to Table Mountain. It was very windy that day and we had only seen a few other hikers along the way. Shortly after we left Tranquility Cracks, we came across a couple people that told us that the Cable Car was closed for the rest of the day because of the high winds. I was so bummed. At first, we thought we could still walk over and just climb down the trail instead of taking the Cable Car. Then, once the Cable Car actually came into view, we realized it was not as flat as we expected, and was a very far distance. We decided to come back the way we came since we knew the trail, and after the steep descent, it wouldn’t be too difficult.

I was very happy when this hike was over, but I think if I had been more mentally prepared and worn hiking boots instead of sneakers, I would have enjoyed it a lot more! Fort Mountain is in beautiful north Georgia. The views to effort ratio is once again great. With only a little elevation change, there is a castle-like tower at the top, along with an amazing lookout over the trees. We were hoping to see the changing color of leaves, but it was still a little too early in the month. I will make sure to come back a little later in the year next time! The mountain is near Ellijay, where there are several apple orchards. We paired this hike with apple picking for a full day in Ellijay!

This trail is located in Nashville, and is nice because you don’t have to drive far at all! The hike goes through the woods and you cross a little creek at a few points. A great walking trail if you want to get outside without the effort of driving out of the city. Red Top Mountain is also close to my house and is a nice walking trail. It is flat for the most part and loops around a section of Lake Allatoona. The views of the lake are great the entire hike. The lake’s water level was super low at the time, so we did a little exploring on the lake bed. We even found a beaten up American flag that we took home. 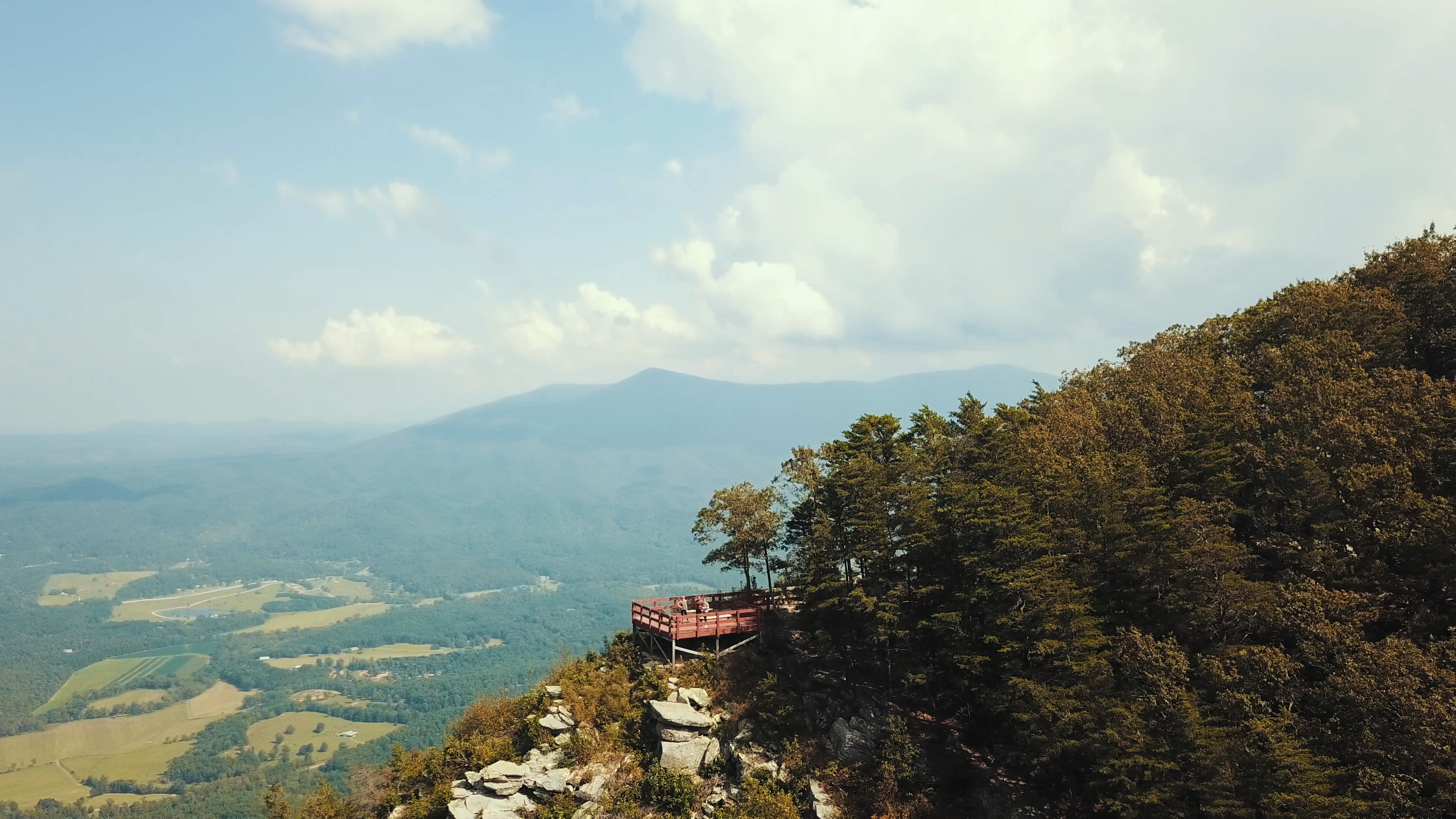 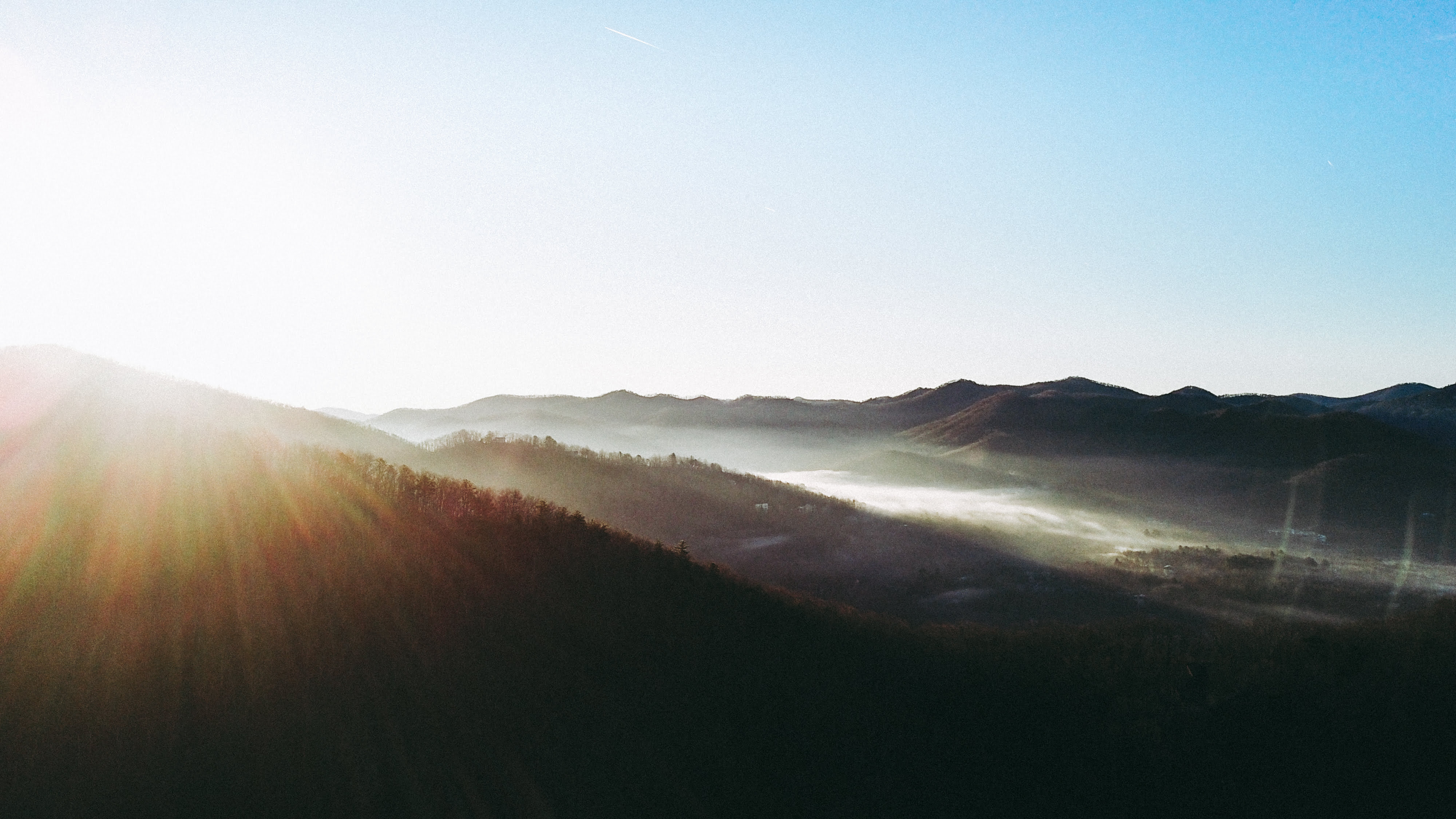