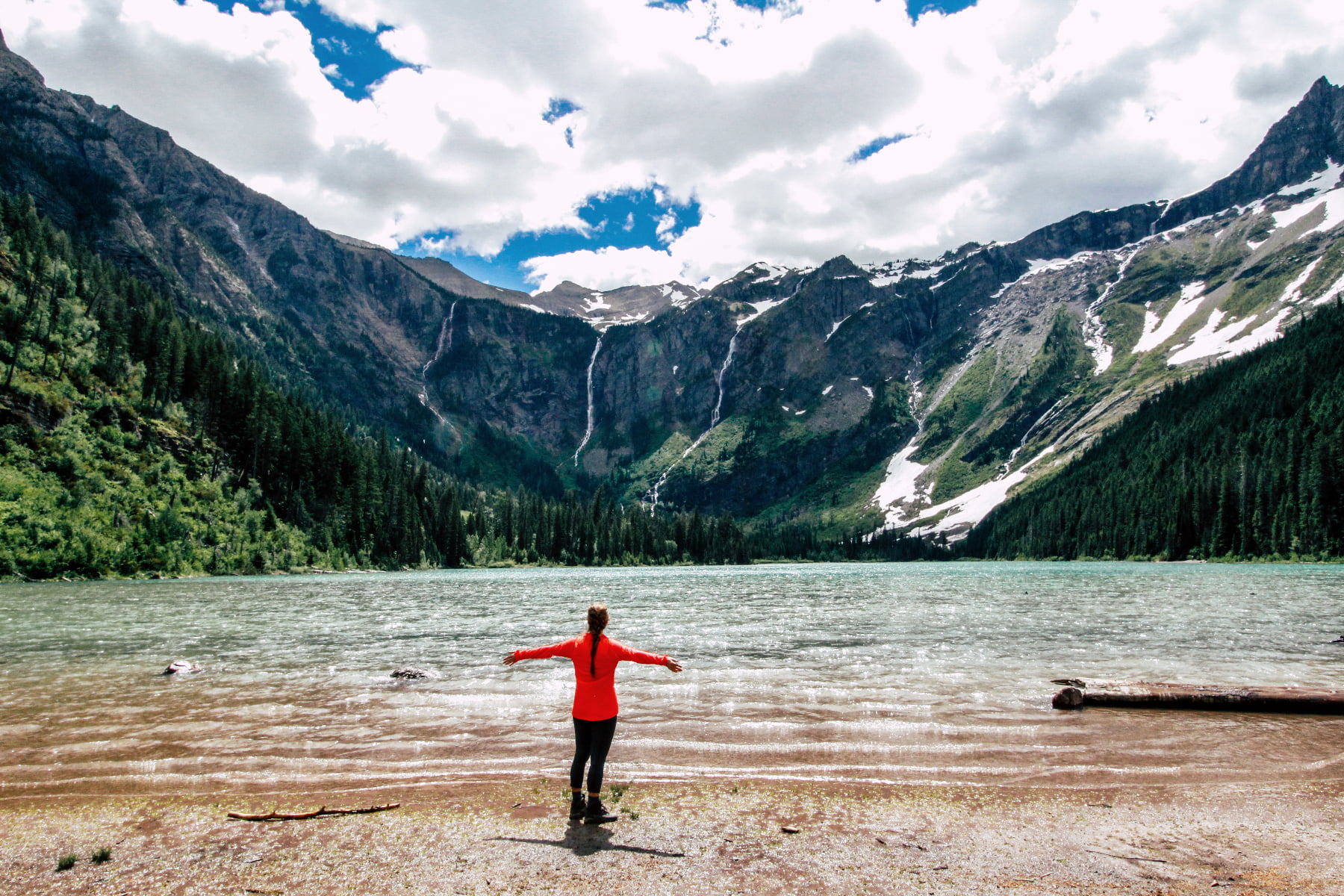 It was our last full day in Glacier National Park, and my feet were sore and blistered. I was ready to see more of the park though! We left our campsite in St. Mary’s Campground around 8:30 am and headed to the Avalanche area, an hour’s drive into the park. When we arrived, there was no parking at all! We circled around all the parking lots a few times, hoping someone would leave, but had no luck. Instead of waiting around, we drove back to the last pull out, which was about a mile away, and parked there. The hike for the day was to Avalanche Lake.

Trail of the Cedars

The beginning of the hike is on the Trail of the Cedars. This is a wheelchair-accessible trail that winds its way through some beautiful, tall cedar trees. I was amazed to learn that some of the trees are over 500 years old! Once again, I felt like I was in a different park from our previous days. The terrain was so different, and the cedars were accompanied by lush mosses and ferns.

At about half a mile from the trailhead, the trail splits, and hikers continuing on to Avalanche Lake will start a steep climb. The trail levels out a bit, and you follow a gorgeous aqua-blue creek, where you will see cedars growing in the middle of the water.

There were a few spots in the trail where the trees were sparser and you could look out and see the humongous mountains next to you. Those lookouts were my favorite part!

At 2.3 miles, you will reach Avalanche Lake. When we arrived, the shores were crowded with tons of tourists gawking at the magnificent view. We were included though, so I guess I can’t complain! We found a little spot further down the shore that was open enough to get our pictures and then we headed back down the trail. There wasn’t much time to hang out at the lake since we planned on visiting Lake McDonald that afternoon.

Overall, I loved this trail! The views to effort ratio was great and it could be completed by families, as the trail is not strenuous. My only complaint was the gobs of tourists. It makes sense why the trail is so popular since it is relatively short (4.6 miles round trip) and has a beautiful view. I would hike this trail again, but not at the time of day that we went. I would go very early in the morning or in the evening right before sunset. When we drove by the parking lot after dinner (around 7:30), there was almost no one there.

We had planned on kayaking on Lake McDonald, but when we got there, everyone was tired. It was a very windy day out on the lake and kayaking seemed like more effort than we wanted to put in. We wandered down by the shore and found a boat rental company that had little motor boats that we could take out for the afternoon. That sounded like the perfect activity, so the seven of us loaded up in two boats.

The girl that gave us our boat warned us that it was really choppy out there and she’d had multiple people come back earlier in the day saying they didn’t enjoy their boat ride. We figured that if it was uncomfortable, we could head back whenever we wanted because the rental was priced hourly ($25/hour).

We headed towards the beautiful mountain backdrop and the waves weren’t bad at all! I wondered why the previous people hadn’t had a good time. Our group did some rearranging so I could sit at the front for a bit and the boat almost flipped. Then, when the other boat cut across in front of us (for video purposes), we hit their wake at an angle and I fell back on my butt. I was a bit bruised but at least I didn’t hit my head on the seat behind me!

We rode out for about 45 minutes and then decided to turn around. Since we were going against the wind, it was MUCH choppier getting back. I felt so bad for Wil who was sitting in the front, because he was literally airborne on every wave we hit. We had to go a bit slower so as not to flip the boat on the waves, and my bruised butt thought the ride back would never end. When the boat dock finally came into sight, I couldn’t have been more thankful!

We were starving, so after picking up a couple things from the cute gift shop next door, we hit up the West Glacier Cafe for dinner. I had their soup special, along with some cheese curds as an appetizer.

After dinner, we drove Going to the Sun road back to St. Mary and stopped at several places along the way to take pictures of the sunset. It was a great ending to a fantastic trip! 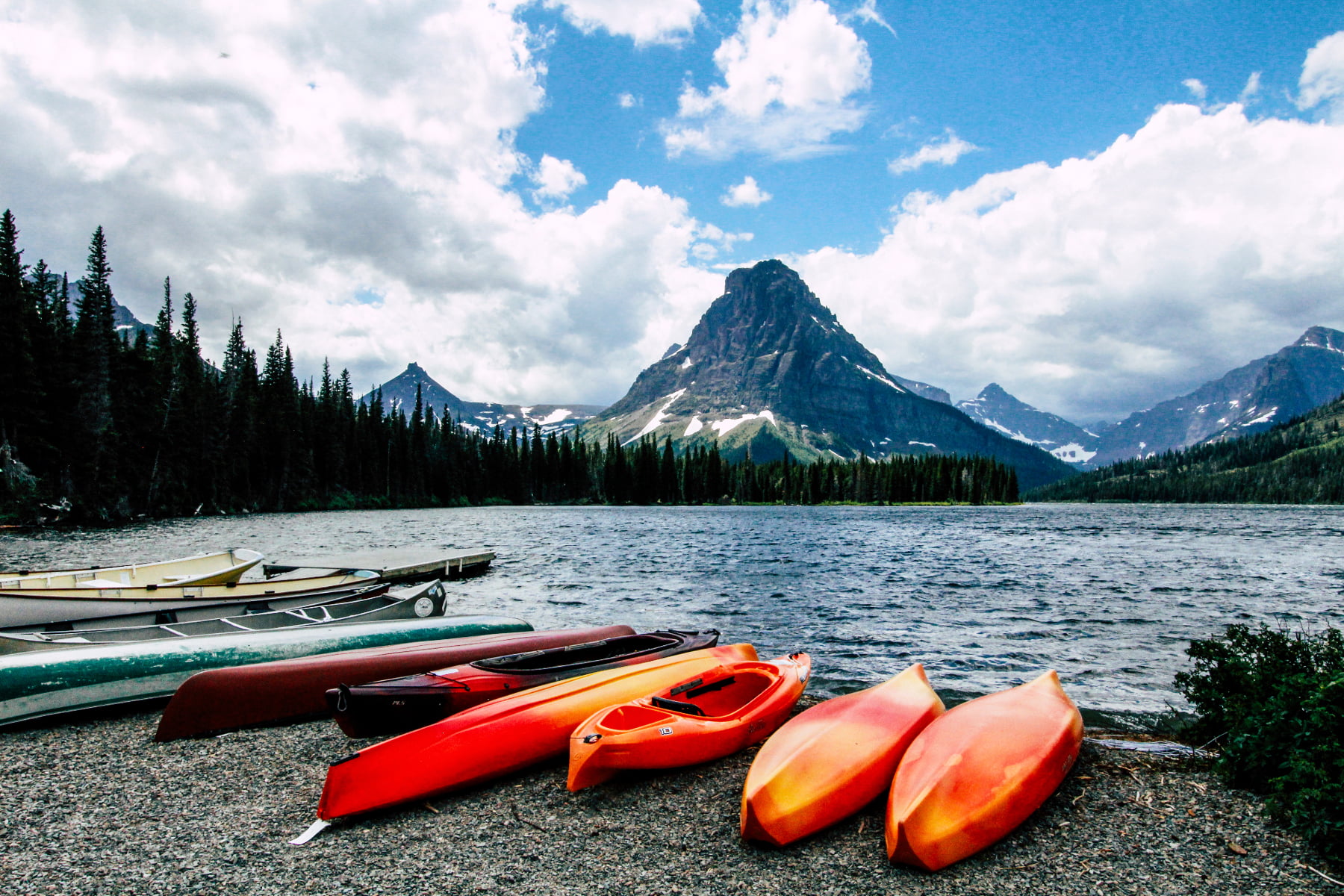 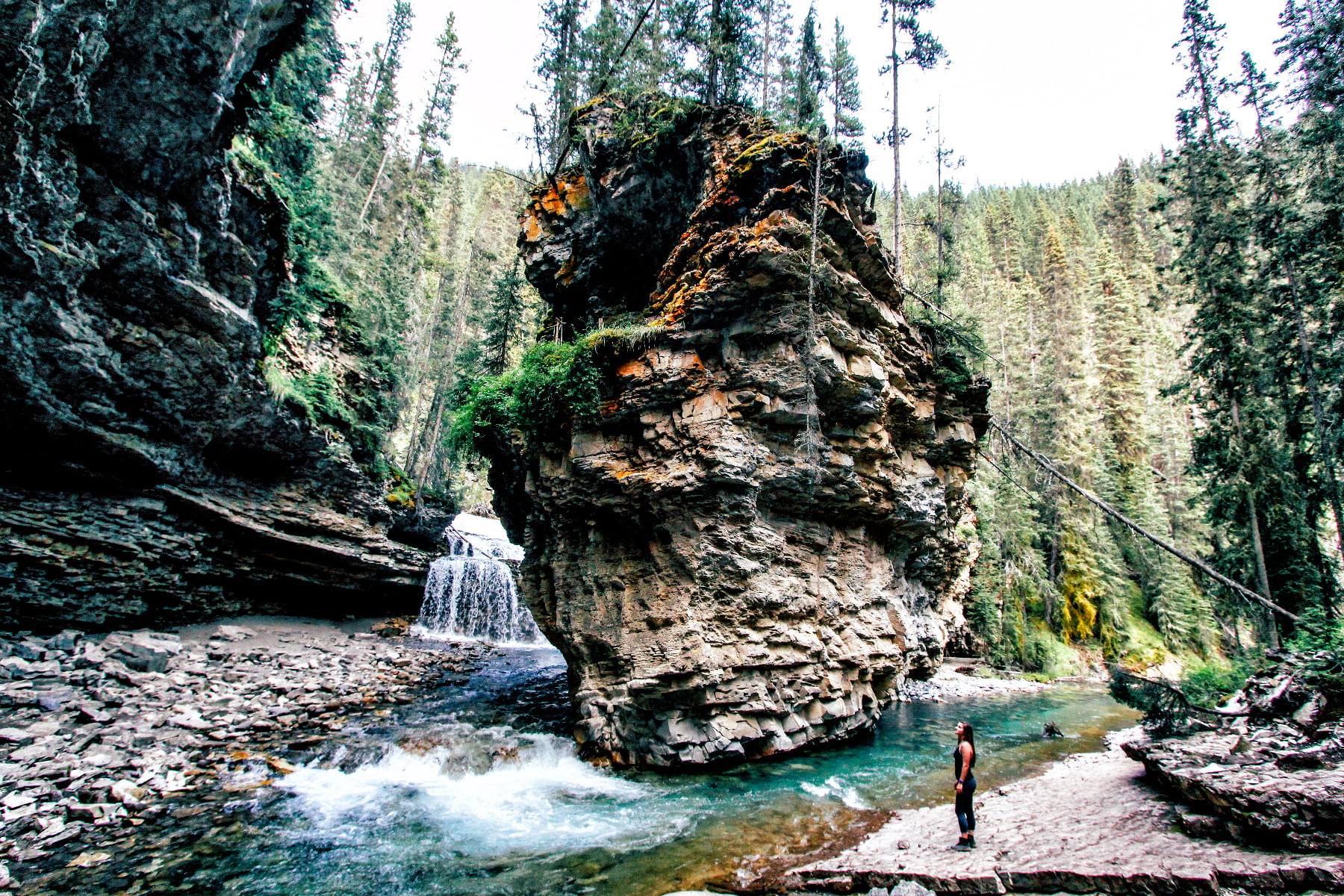