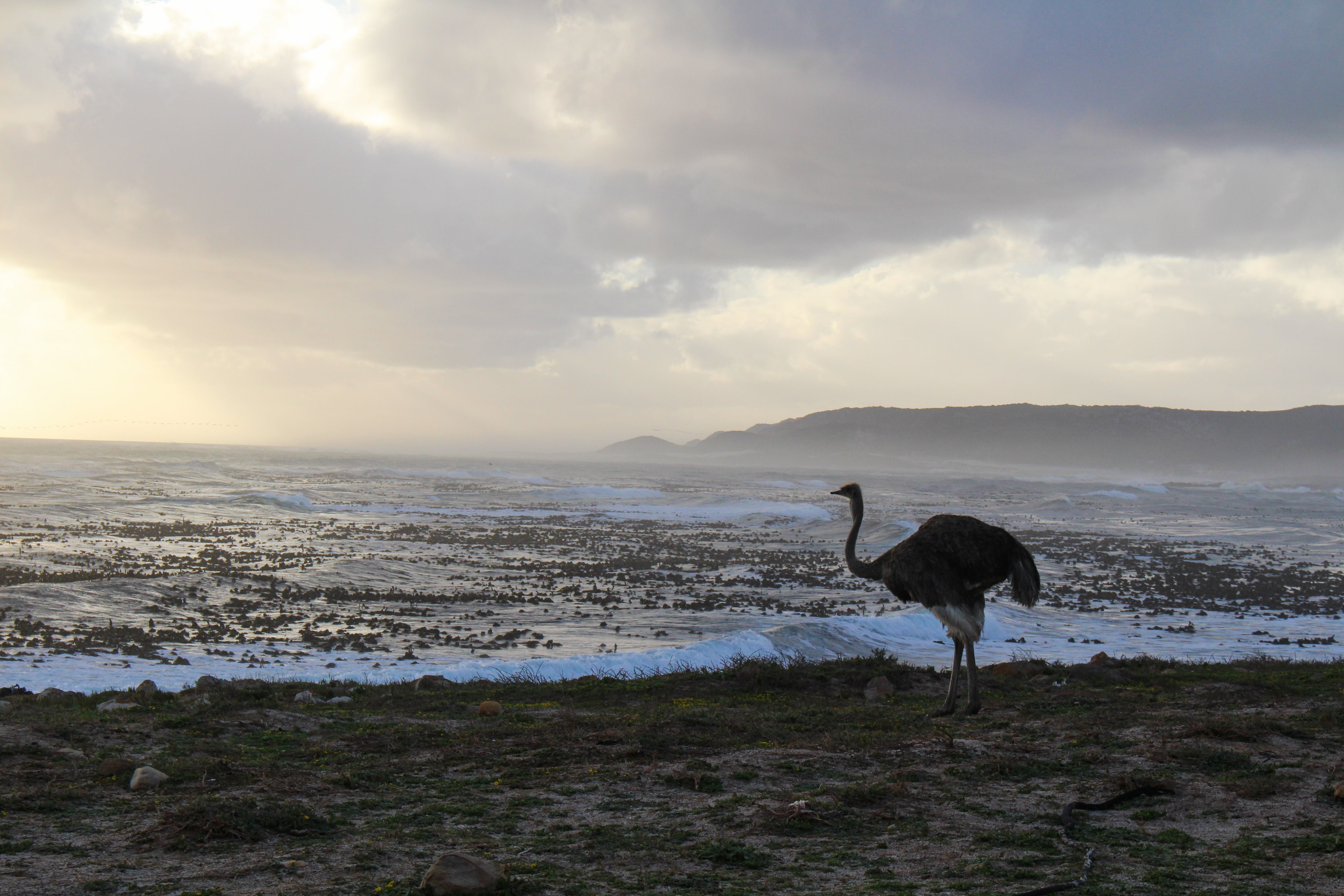 During our week in Cape Town, South Africa, we spent a day and a half exploring the peninsula. The entire drive was breathtaking, with giant cliffs dropping off onto gorgeous beaches. Cape Point is the most southwestern point of Africa. It is also the area where the Atlantic and Indian Oceans meet, causing some crazy winds. The current lighthouse was built in 1859 and is a trek to get up to. Luckily they have a funicular that takes you up most of the way, or you can choose to hike if you’d prefer! I’d normally choose the hike, but my muscles were incredibly sore from the two hikes we’d done the previous 24 hours, so I chose the funicular. At the top, we spotted some whales right off the coast. Looking out to most southwestern tip We walked up to the lighthouse, which has a great view. There is another little path that we took that takes you out to the actual most southwestern point, and I noticed the rock badgers (similar to groundhogs) chilling in the bushes along the way. Back at the parking lot, there were several wild baboons hanging out! You have to be careful, because they will try to get in your car and get food if you have it. The boys wanted to walk down to secluded Dias Beach, but my legs literally couldn’t handle any more stairs that day. Sydney and I drove to the Cape of Good Hope, which is only 10 minutes away. Looking down at Dias Beach

Unlike Cape Point which is placed up on a cliff, the Cape of Good Hope is at sea level. On our drive there, we noticed a rocky area where waves were violently crashing, so we stopped to take pictures. A flock of wild ostriches were grazing by the ocean and it finally hit me that we were in Africa! We arrived at the Cape of Good Hope sign, took our pictures, and headed back to meet the boys. The drive out of the park was so gorgeous, with the most picturesque sunset behind massive cliffs and super blue ocean. There was a double rainbow that we could see from end to end that was the perfect ending to the perfect day. This was my favorite place we went in Cape Town! From Cape Point, we drove to Simon’s Town, a 30 minute drive up the east coast of the Peninsula. We were staying here for the night and planning on going cage diving with great white sharks tomorrow morning. Unfortunately, due to large swells in the ocean, our dive got cancelled for the rest of the trip.

While we were bummed about not being able to cage dive that morning, it meant we got more time to see the infamous Boulders Beach penguins! To see the main colony, there are wooden walkways that take visitors right by the penguins, without disturbing their habitat. Before we visited the boardwalk, we went onto the next beach over from the colony. There are several penguins that wandered over to this beach from their colony, so we got up close and personal with them. The penguins were so fun to watch, especially as they waddled up to the ocean and jumped in and over the incoming waves. Between the beach and boardwalk, we spent about two hours here and loved it. Muizenberg is another 30 minutes north of Simon’s Town, on the way back to Cape Town. It’s a smaller beach town that is known for being the birthplace of surfing in South Africa. We saw tons of surfers there and spent a little time on the beach, enjoying the colorful changing houses that we had seen lots pictures of on our trip so far. We ate lunch at Lucky’s Fish and Chips, which was great (and cheap!). After our lunch in Muizenberg, the boys split from Sydney and I to fly to Port Elizabeth for their safari. With such a limited amount of time, they were only able to spend a day doing safaris. Sydney and I continued our road trip east of Cape Town, and met back up with them the next evening. 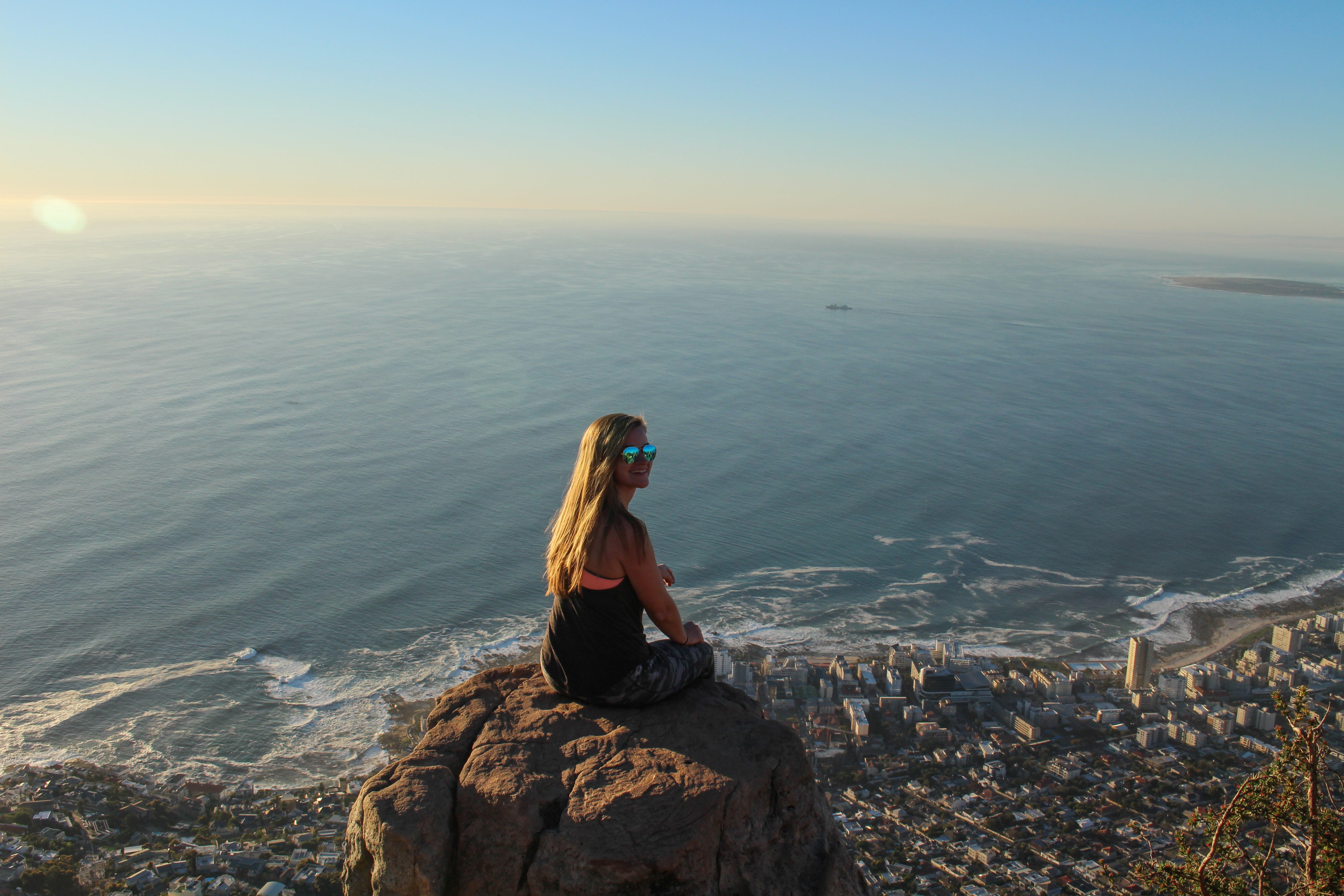 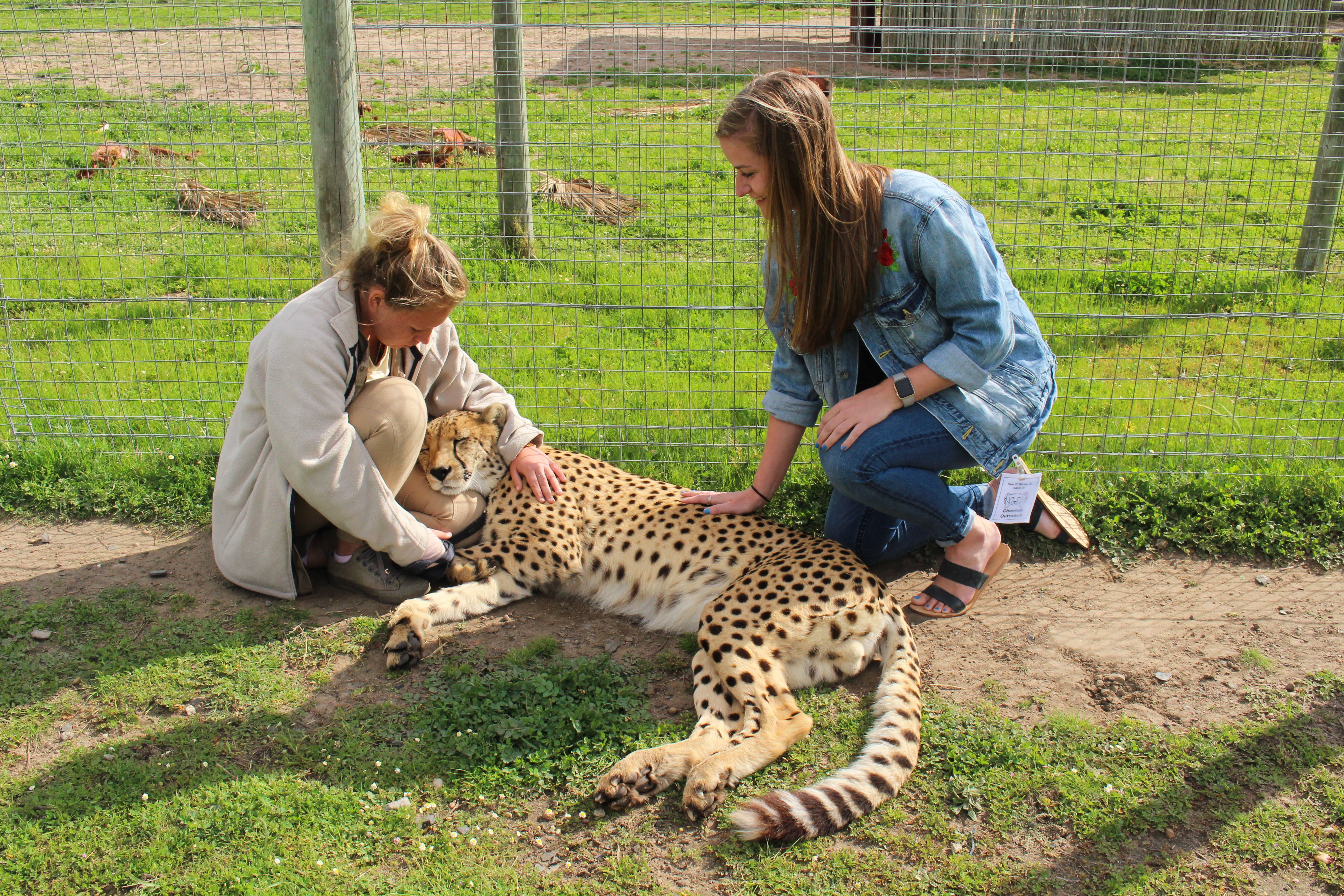