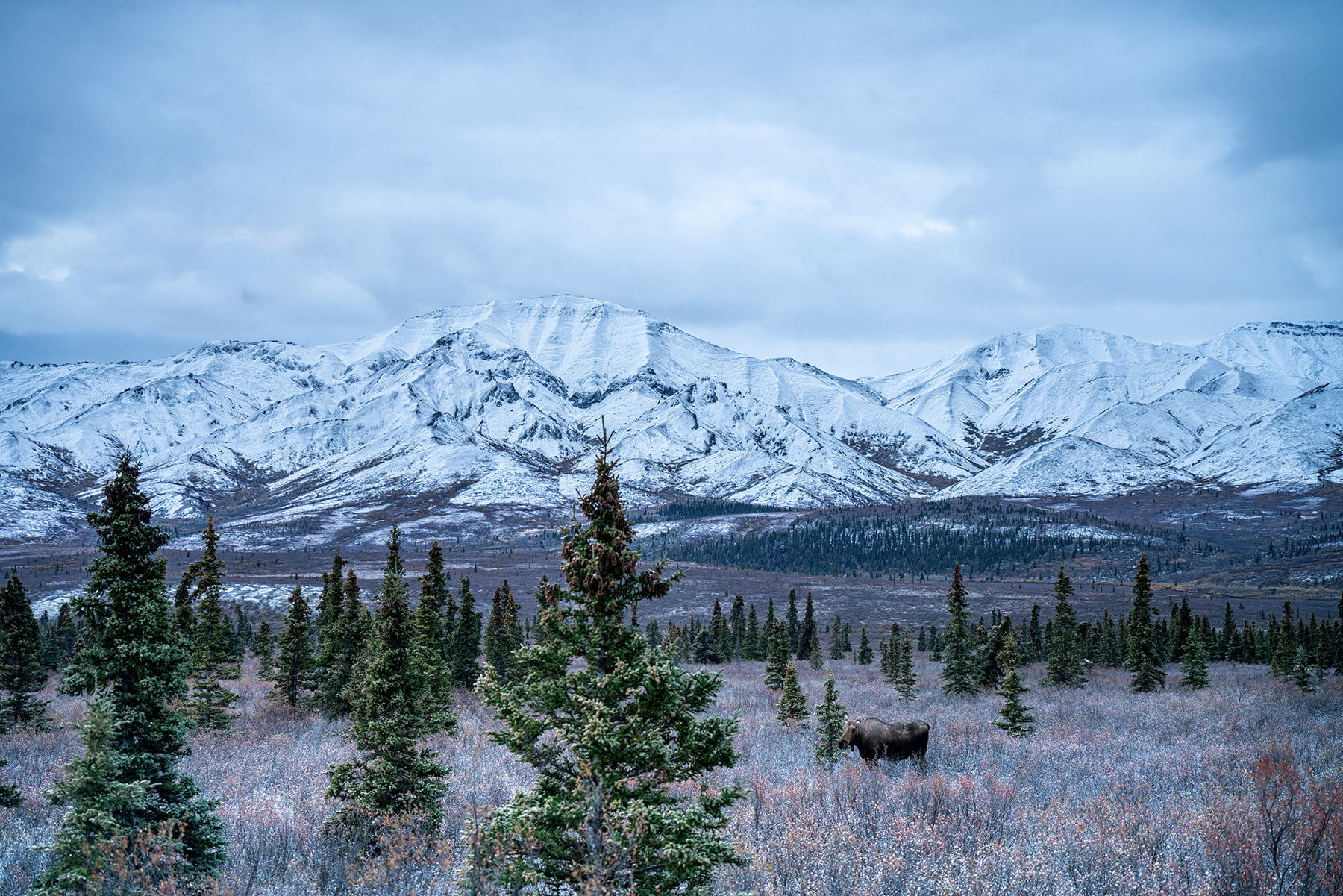 One Day in Denali National Park

Denali is unlike any other national park I’ve been to. The park encompasses 6 million acres of land in central Alaska and holds the tallest mountain in North America. This is the second biggest national park in America, second to another located in Alaska.

It was very clear to me that the park service wanted to keep Denali as wild and untouched by humans as possible. For this reason, it is actually difficult to see most of the park. There is only one road that is 92 miles long. The general public is only allowed to drive the first 15 miles of the road. Otherwise, you will have to take a bus if you want to go further. This protects animals and lets them act how they would naturally act in a human-free environment.

There are three main ways you can see the park. The first is to drive your own car along the first 15 miles. There are several trails along this section, and we saw a ton of moose through here too. The second is to take a transit bus beyond the first 15 miles. This option will allow you to get out anywhere you want along the road, hike, and pick a bus that is heading  back when you are done. There are no hiking trails beyond the first 15 miles, and you must be good at navigating with a compass and map. The last option is to take a tour bus. There are three lengths of tours ranging from a couple hours to a full day.

We chose the third option, to take a tour bus into the park. I wanted to see as much as we could with only a day. I originally thought we would want to hike here, but with the transit bus schedule being limited due to COVID along with us being exhausted from our hike a couple days ago, we figured sitting several hours on a warm bus would be nice.

We chose the medium-length tour, which lasts around 6 to 7 hours. The bus drives 62 miles each way and stops several times for bathroom breaks and good views. This is the most popular tour, as you will still get to see the majority of the park, but it’s not too long. It starts early in the morning, so you will still have most of your afternoon and evening to do whatever you like.

The tour isn’t cheap. At $162 per person, this was by far our most expensive activity. But the rest of our trip had been relatively inexpensive and this seemed like the best option for us, so we decided to do it. The national park fee is included in that price, so we got a $15 refund each when we showed them our annual park pass.

Our confirmation email said our departure time was at 6:40am. When checking into our hotel the night before, the front desk clerk advised us to get there 30 minutes early to ensure we got a good spot on the bus. We were the first ones there for our bus, and they had us line up in order of arrival. With COVID, they had one person sitting in each window seat, with no one in the aisles. Sam and I sat across from each other. This was nice, because if there was a wildlife sighting, we could come over to the other side to see out their window.

Highlights From The Tour

Our tour guide told us that Denali only has about a week of autumn, and we were there during the 6th day of it! Many of the trees had turned bright gold and were gorgeous. The park had its first snow two days before we arrived, which really added to the experience.

Alaska has the world’s largest moose. They can get up to 1600 pounds with a height of seven feet! The moose rut (mating season) begins in late August and lasts through early October. Moose are typically solitary creatures, but during this time, they will gather in groups. You will often see males fighting for a female. We saw two big groups of moose within the first 30 minutes of entering the park.

We saw one lone caribou down by a river away from the road. If there’s a wildlife sighting on the bus, you can just call out to the driver to stop and he will.

The next stop was to see a panoramic view at Polychrome Pass. The driver let us off the bus to wander around a little and take pictures. He told us that with the permafrost melting, the road getting to this point was slowly crumbling away. He thought this might be the last year visitors would be able to get this far on the road.

Our second bathroom stop had a small gift shop. We got stickers here for our national park passports. There is also a beautiful river running next to the parking lot with a scenic backdrop.

The mountain Denali is so large that it has its own weather system surrounding it. Sometimes, it will be perfectly clear outside, but there are clouds completely covering the mountain. Only 30% of people visiting the park actually get to see the mountain because of this. In the morning on the way there, it was cloudy outside and our hopes of seeing the mountain were low. However, as we rounded the last curve to approach the turnaround spot for the tour, the clouds parted, and Denali was completely visible! We felt so lucky and ran out quickly to take pictures in case the clouds came back.

I’d highly recommend doing the Tundra Wilderness Tour. I was really glad we were on the warm(ish) bus instead of hiking out in the freezing cold. Note that the bus was still very chilly, so a hat, gloves, and warm jacket would be a good idea. This was our last full day of our Alaska trip, so we were exhausted and sitting on the bus felt great.

One Full Day in Anchorage

The Road to Denali 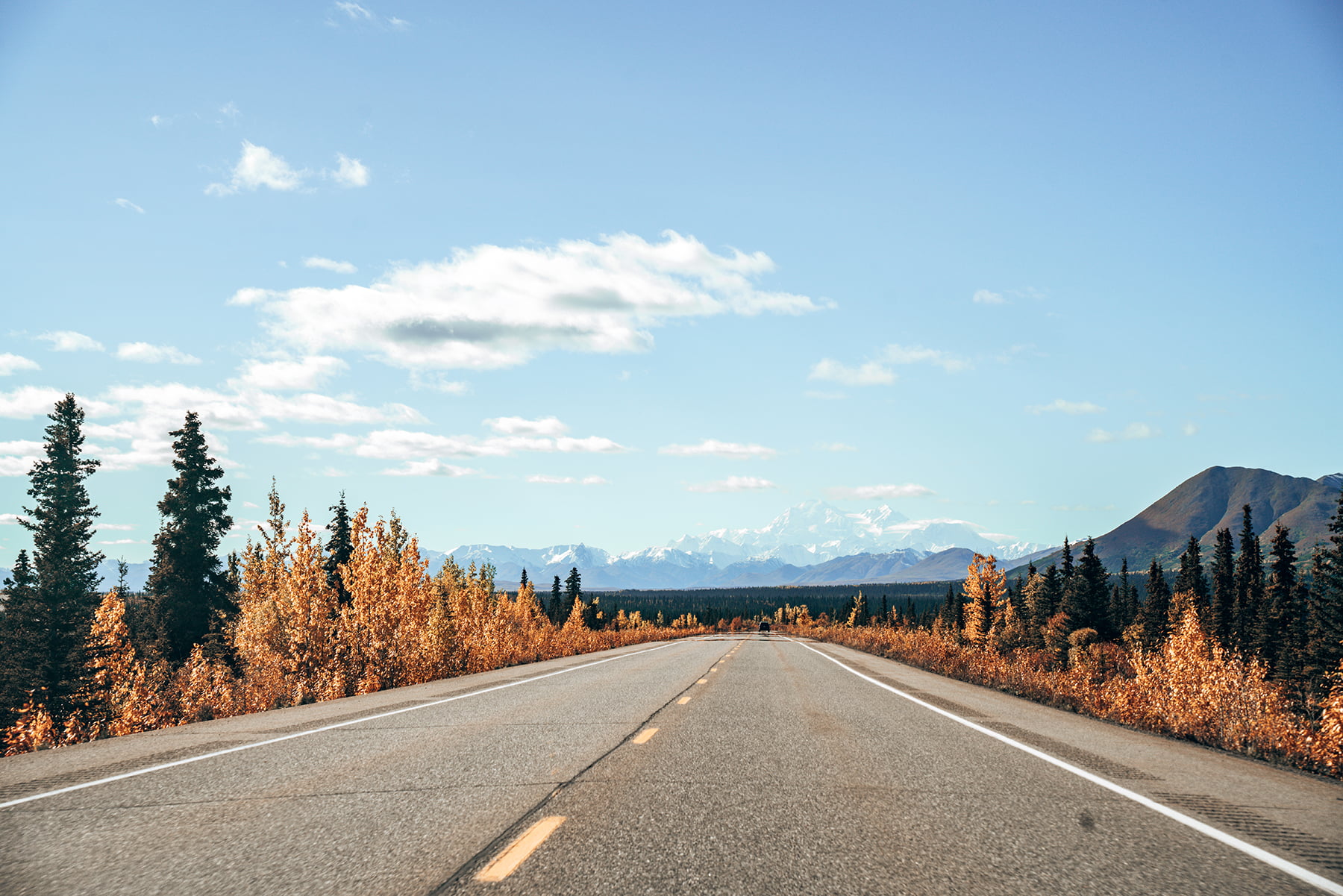 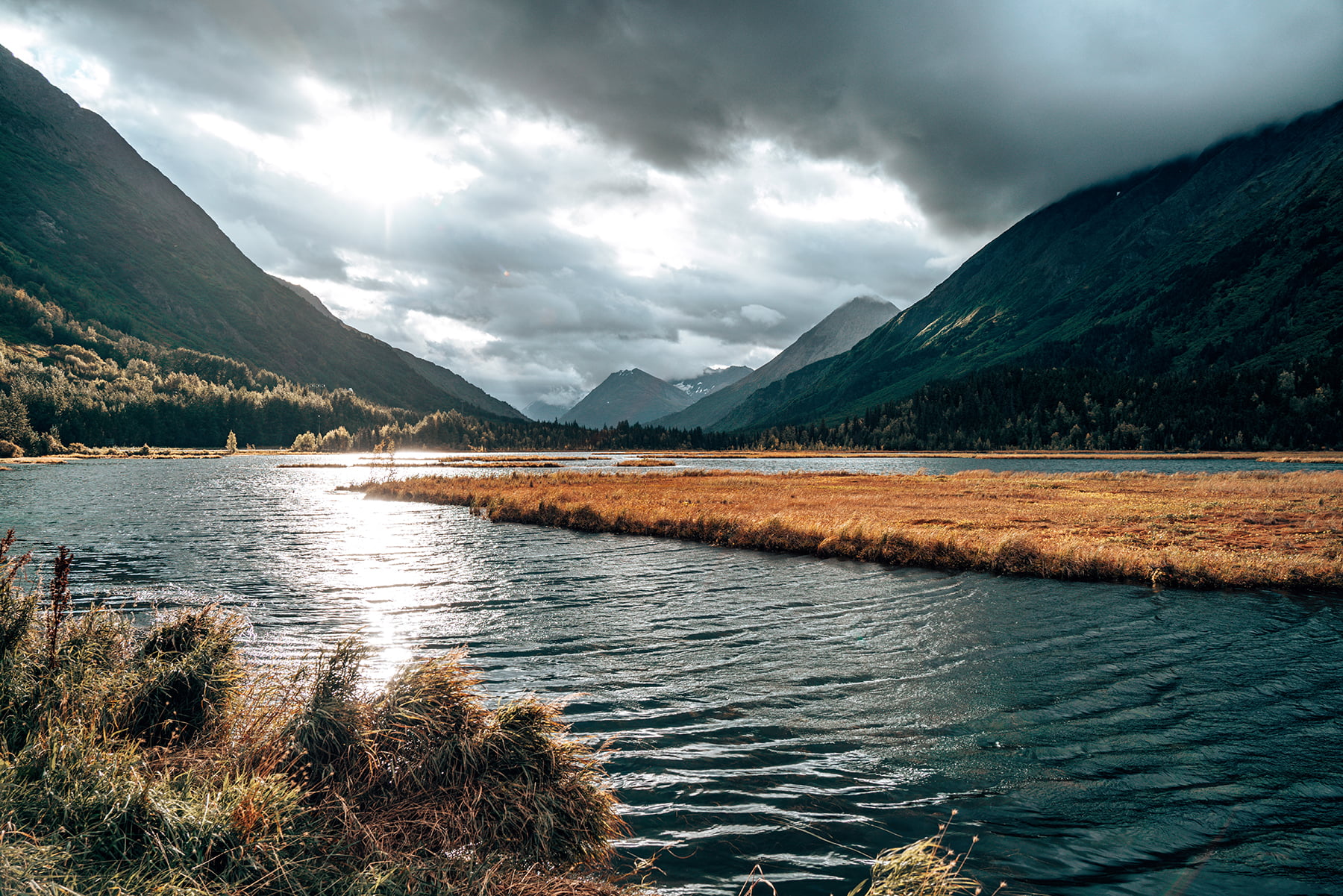